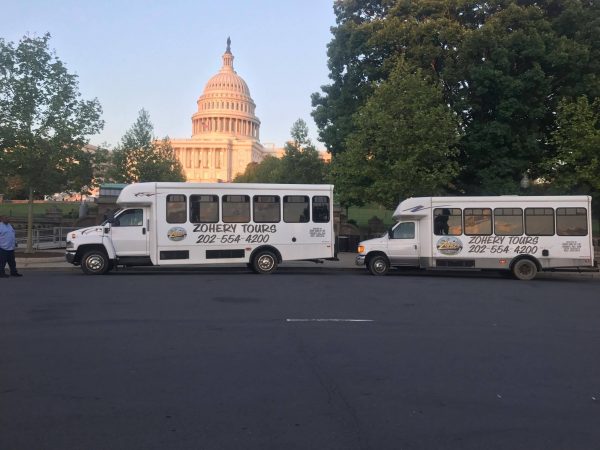 If you’re looking for DC sightseeing tours that are fun and informative,  try Zohery Tours. We offer you a live guided tour of DC that will take you to all the top tourist sites and main attractions of the capital city. You will enjoy a once in a lifetime experience that you will remember for a long time. That’s our promise to you. Now combining the famed Grand Tour of Washington DC and a visit of the Arlington Cemetery!

from the 400 block New Jersey Avenue, at the corner of D street NW Washington DC 20001

We are now combining The Grand Tour of Washington with a guided tour of the Arlington Cemetery. This two-part comprehensive sightseeing Tour of DC takes you to all the monuments, museums and memorials in in the Capital area. It has been designed as a comprehensive day tour package for those of you who want to get the full picture. You get treated to 6 hours of live narrated bus trip with an experienced and knowledgeable tour guide. so prepare for a journey through history with stops to the landmarks that tell the story of this city, this great nation.

There are many cultural landmarks that are part of this tour. Some of the most important places you will explore include the Lincoln Memorial, the Jefferson Memorial, the Martin Luther King Memorial, to name a few…

After the bus tour of DC monuments and memorials, you will be dropped at the entrance of the Arlington Cemetery where you can use the included ticket to begin the visit of the cemetery.

Arlington National Cemetery has been a burial ground for military personnel, fallen war heroes and other prominent figures in the fields of politics, science, civil rights etc… it’s also the resting place for veterans who have gone on to prominence in other fields. among the famous graves and memorials at Arlington National Cemetery is the gravesite of President John F. Kennedy which is marked by an eternal flame. Other memorials include the tomb of the unknown soldier which is guarded round the clock by soldiers of the Old Guard. The highlight of the visit of the cemetery is The Changing of the Guard at the Tomb of the Unknown Soldier which now occurs every half hour on the hour and 30 minutes past the hour.
This portion of the tour is a guided tour during which you are free to visit any part of the cemetery.The cemetery closes at 7:00pm. after the tour you can conveniently take the train at the Arlington Metro station or any means of transportation at your convenience back to your hotel.

Step off and visit

Directions from Union Station metro to the pick-up location

Zohery Tours itinerary map
(you can grab and reposition the map. to view in full screen, click on the bracketed square on the right corner)